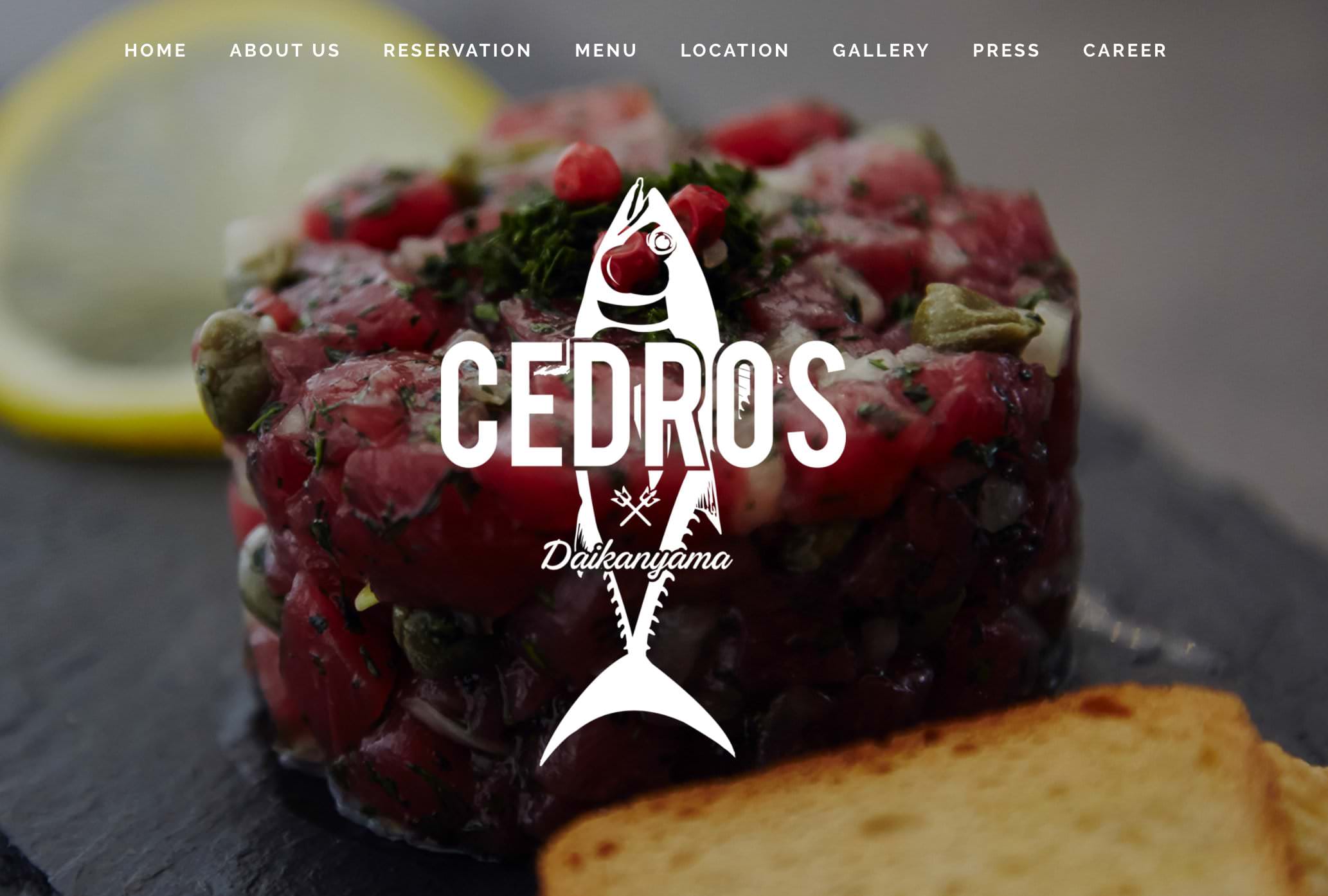 Cedros is an award winning Californian seafood restaurant in Tokyo. Design was very important to this client so Squarespace was a natural fit. The first version of the site that Azul Technology created for them was a multi-page site. However, a year later they decided to redo the site in a mostly single page scrolling version.

Some custom HTML, CSS and Javascript were necessary for a few design tweaks and functionality that Cedros needed. One notable example of this was integration with the Japanese country version of Opentable used to make reservations on the site.